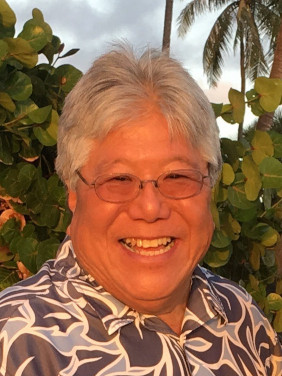 "For we have become partakers of Christ, if we hold fast the beginning of our assurance firm until the end."

The writer of Hebrews seeks to encourage the readers to hold fast the commitment they had made to Jesus, not turning to the right or left, or even turning back to the old ways of religion. With persecution on the horizon, it may have seemed wiser for some to revert back to the safety of traditional ways. Like many within the church today, while not persecution, but rather the temptation of embracing worldly ways and a carnal gospel, ease, compromise and earthly wisdom seek to crowd out the riches of Christ Jesus. The exhortation, to hold fast is a good one to embrace and put into practice for the child of God.

"always giving thanks for all things in the name of our Lord Jesus Christ to God, even the Father;"

As we approach this week the holiday we celebrate as Thanksgiving, it's good for us to remember that those early settlers to the new world came not only to enjoy the bounty of the land, but the new found liberty and freedom to worship the Lord. We have come to a point where we today relish all the food, fun and football that we can handle. For many, gone is the thought that in all things, we ought to give thanks to Jesus. We have gone through a lot, pandemics, layoffs, shut in, new normal versus a yearning for the old way things were done, vax no vax, division among families, mandates, government over reach all compound the more normal stressors of life. It's good for us to remember that in all things, we shouldn't forget His love endures forever, in all things we should give thanks.

Like the shoulder pieces that were on the priest's ephod, which also was engraved with the names of the children of Israel, meant to portray a picture of the Lord carrying His beloved through difficult times, the Lord desired to keep his people close to His heart. Though at times we may feel insignificant and unimportant, but realize this child of God, that He really cares! The prophet Isaiah paints a beautiful portrait of a shepherd gathering the lambs in his arms and carrying them in his bosom, that they would know his arms of loving protection, the warmth of his breast and the rhythmic beating of his heart that brings comfort and calm in all the chaos of life in this world today.

"For it was the Fathers good pleasure for all the fulness to dwell in Him. and through Him to reconcile all things to Himself, having made peace through the blood of His cross;"

As we took a turn from our study in Hebrews, we see Paul writing of the eminency of Christ in all things. We saw in Hebrews there were those who espoused the teachings of the superiority of angels and Moses and the priests in comparison to Christ. Paul will go point by point, as does the writer of Hebrews refuting the false teachers. The Lord reminds of time and time again in recent memory, the danger of false and worldly precepts that want to force its way into the church under many differing guises. Please beware, look at all things under the lamp of God's word, seeking to know His truth.

"And even as Moses lifted up the serpent in the wilderness, even so the Son of Man must be lifted up; that whoever believes in Him have eternal life."

As we saw the brazen altar in Exodus and the bronze serpent in Numbers, these emblems of old, would stand for redemption and life, albeit temporal. Jesus came and likened that He would be lifted up on His cross, and bring eternal life for the one who believed. No more offerings and sacrifice that had to be repeated over and over, but once for all, He offered one sacrifice for sins for all times. As we believe in Him, we have eternal life.

"And these things we write, so that our joy may be made complete."

John's purpose and intent for the writing of this letter was to encourage the readers to stay the course in their walk and relationship with the Lord. As throughout church history, fleshly pursuits, worldly influences and contrary teaching had sought to take the believer off track. John lays out his eyewitness account of the Lord beforehand, and then sets out his view of the desired results of the letters content. The fulness of joy he speaks about in verse 4, speaks of a joy inexpressible, that can only be found in a deep abiding relationship with Him, free from any other outward influences. This can be found in fellowship and communion with Him, in the word and in prayer, fellowship with likeminded believers.

"Do you not know that you are a temple of God, and that the Spirit of God dwells in you?"

The writer asks, as if answering the question in the same sentence. Unlike Bezalel and all the artisans and craft workers who labored on the tabernacle, the completed work of Jesus on the cross now negated the need of a house made with hands. The word of God now declares that for all eternity He dwells in the temple of our hearts. No longer would a temple made with hands suffice, but only as God's treasure would come to us, filling us with His surpassing greatness, God in us, the hope of glory. This is the hope we have in Him.

"(God) in these last days has spoken to us in His Son, whom He appointed heir of all things, through whom also He made the world."

In just the right time, God in His infinite wisdom has sent His Son, His only begotten Son, to minister to a world lost and dying without hope. We do not have to look far at all to know we live in dark days, as we look up in anticipation of His return. His words of life and hope bring comfort, as we can choose to receive from Him, forgiveness of our sin and life eternal. Will you choose Life today?

"And He has filled him with the Spirit of God, in wisdom, understanding and in knowledge and in all craftsmanship."

God's word tells us of Bezelel, and all the Lord had endowed him with. First and foremost, we see the filling of the Spirit of God. So important is this one attribute is that we may surmise that without the filling of the Spirit, it would be impossible to get the work done for he or any other child of God. So dependent are we on the Spirit of truth, the Helper as He comes alongside to lead us and guide us into all truth, He speaks and discloses all what is to come, He is the Comforter or one who comes alongside to strengthen and help in time of need. He is the wisdom and strength we all so desperately need today.

"So the cloud of the Lord was over the tabernacle by day, and fire was in the cloud by night, in the sight of all the house of Israel during all their travels."

From the beginning of worship for the children of Israel, the Lord desired to be the focal point in the midst of His people. This was not only to be the center of their attention, but more so to show His faithfulness. The cloud that covered by day would protect from the merciless heat of the day, as if coming under the shelter of His wings. Fire by night not only provided light in all the darkness, but a warmth and reassurance of hope, love and comfort for all. Much as today, the Lord still desires to be first in our lives as He shows Himself faithful to His beloved.

"the sons of Israel would see the face of Moses, that the skin of Moses' face shone. So Moses would replace the veil over his face until he went in to speak with Him."

Just prior, we recall that Moses had just spent forty days and forty nights on the mountaintop with the Lord. We, almost enviably, desire that same experience with the Lord. Sweet communion, fellowship, worship and adoration must have been punctuated with God's precepts and promises and loving instruction. So filled was Moses, that he radiated God's glory, glowing with the overflow of the Spirit. While we may not be able to commit to that long a period of time, our own quiet times become as precious times of refreshment and renewal, as we are filled to overflow in His glory, the fulness of His spiritual blessing for our lives.

"And Moses examined all the work and behold, they had done it; just as the Lord had commanded, this they had done. So Moses blessed them."

As all the work on the tabernacle was completed, all its furnishings and accoutrements done, now inspected by Moses he found the work completed. Twice mentioned is the phrase "this they had done" or "they had done it." The implication being they had done all that the Lord had called them to do. While the obvious work for Moses and Aaron and his sons would be ongoing, we might ask about all the others, the craftsmen and artisans, the laborers who were so busy at work, what about them? Would they take an earlier retirement or settle back into a life of ease or? Or would they be waiting or looking for or pursuing a new assignment?  I would dare say that as the Lord blessed them, He would continue to use them to the furtherance of His kingdom. For many of us today, as one assignment may conclude, let's be on the lookout for God's next assignment as He continues to work in and through us.

Then the Lord passed by in front of him and proclaimed, "The Lord, the Lord God, compassionate and gracious, slow to anger and abundant in lovingkindness and truth."

In the previous several verses, Moses asked the Lord to show him His glory. The answer was a resounding no... but the Lord would do this. In a simple statement that He would make known to Moses His attributes, and forever we have in His word, written in stone if you would, the Lords undeniable attributes and qualities. Like John, declaring in his first letter, "God is love...", we find a simple but brilliantly painted picture of the Lord, on the canvas of His word. Not a glimpse of His back, or a veiled foreshadowing, but forever etched on the tablet of our hearts, a clear look at His glory. As the apostle would write in John 1:14, "we beheld His glory...."